Violent behavior and aggressive temperament which is normally episodic and short in duration, is a means of expressing feelings of anger, frustration, fear, and hopelessness about a situation. Normally, individuals who manifest such strong emotional outbursts, temper tantrums or impulsive behavior has a corresponding history why he/she reacts in such a non-conforming way especially towards medical professionals.

People with a tendency for violence, typically lose control when intoxicated with prohibited substances and alcohol. Family members are also the most frequent victims of their aggression and violent behavior.  Moreover, individuals with such propensity of becoming violent are those intoxicated by drugs and alcohol, those experiencing alcohol withdrawal syndrome, those diagnosed with paranoid schizophrenia, acute organic brain syndrome, acute psychosis, females who are undergoing post-partum depression and psychosis, paranoid individuals, borderline personality and antisocial personality disorders.

Goal of treatment for individuals with violent behavior

The goal of treatment for individuals manifesting violent behavior is to help bring them under a more relaxed state and in control of their emotional outburst. A special designated room with at least two exits should be used when interviewing or taking the individual’s medical as well as psychiatric history.  Ideally, the door of the room should always be maintained opened and the member of the ED (normally the emergency room/department nurse) should remain clear in view of the other staff, staying between the individual and the door. However, the individual’s exit door must not be blocked since he or she might feel threatened or trapped. Moreover, the room should be clear of objects that could be used as a weapon or projectile, and personnel conducting the interview should not bring with him/her similar objects that can be used as a weapon.

Handling individuals with tendencies of violent behavior can be a challenge for the ED medical staff as this can result in untoward injuries for both the patient seeking care and personnel providing it. Whenever the situation becomes too intense for the medical staff to handle, especially when the interviewee manifests verbal and non-verbal cues of impending violent outburst,  a security staff, a family member or other health care personnel should be within close proximity in the event that additional help is needed in restraining the individual if necessary. In addition,  the individual should never be left alone, as this might be wrongly interpreted as a rejection which can lead to an opportunity for self harm and even suicide. 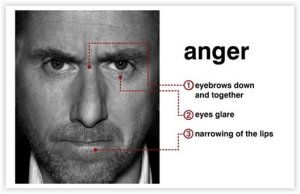 To bring the violence under control, it is essential to use a calm, noncritical approach while remaining in control of the stressful situation. Sudden, abrupt movements must be avoided. External calm and structure and conjunction of sentences while providing the individual with ample time to respond in an unhurried manner can significantly calm his/her behavior. If the individual is carrying a deadly weapon, ask in a non threatening and calm manner that it be voluntarily surrendered, if not security staff must be called to prevent injuries from happening if violent outbursts escalates. The individual’s violent behavior is a crisis situation wherein the best way to manage such patients must not be imposed by force but by expressing an interest in the individual’s well being while attempting to provide care for his physical and mental well-being.